About three weeks ago, I decided to spend Sunday afternoon playing with my new 24-85mm Nikkor lens, so the hubby and I took off on a photo walk in downtown Tupelo.  Like any Southern town, as soon as church is over, the downtown area is pretty much deserted, so I knew I’d be able to get some shots of some of the architecture without having to worry about having a lot of cars and trucks parked in front of the buildings.

We spent a little over an hour exploring some little nooks and crannies that I hadn’t shot before.  We were having a great time until I decided to try and get some HDR brackets out behind an abandoned ice house.  The vacant lot was full of weeds, so I was keeping a close eye out for snakes, and fortunately we didn’t see any.  However, as I was setting up my tripod and absentmindedly scratching my lower leg with my other foot, my hubby suddenly exclaimed, “Baby, your legs are covered with mosquitoes!”  And he was right!!  As they say here in the South, I got “eat up” by the little varmints.  I was so miserable, we cut the day short and went home to indulge in some Benadryl and ointment.

But before all that happened, I did manage to get some shots that I enjoyed working with later.  Here are three images that I processed in Paintshop Photo Pro X5, using Topaz Adjust and Topaz Black & White Effects. 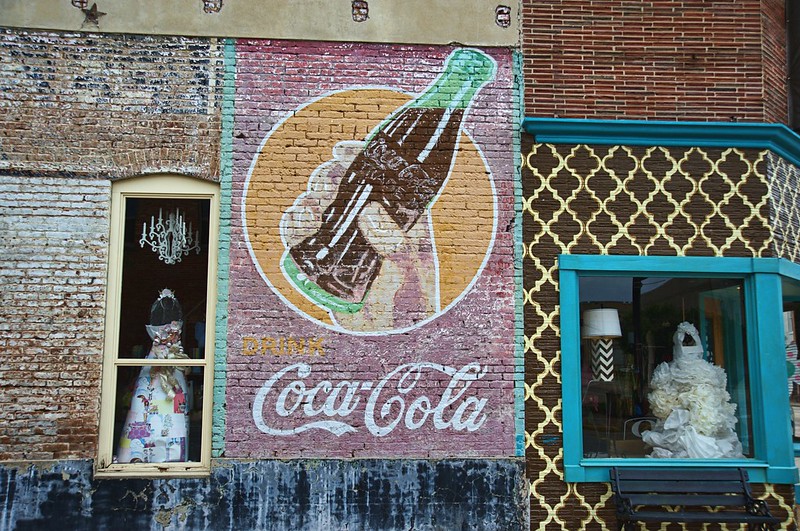 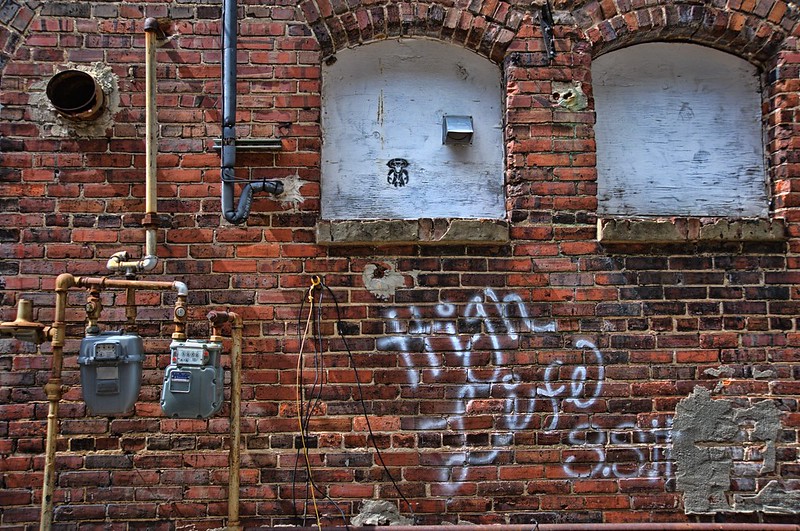 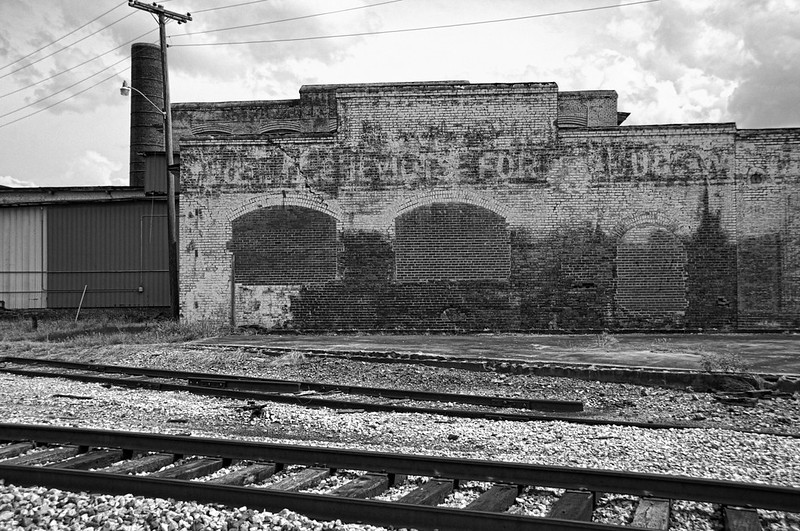