Here’s another image I shot this week on the dry lake bed at Elephant Butte Lake State Park near Truth or Consequences, New Mexico. The exposed gray branches, lit by the midday sun, contrast nicely with the dark brown sand and work really well for black and white processing. 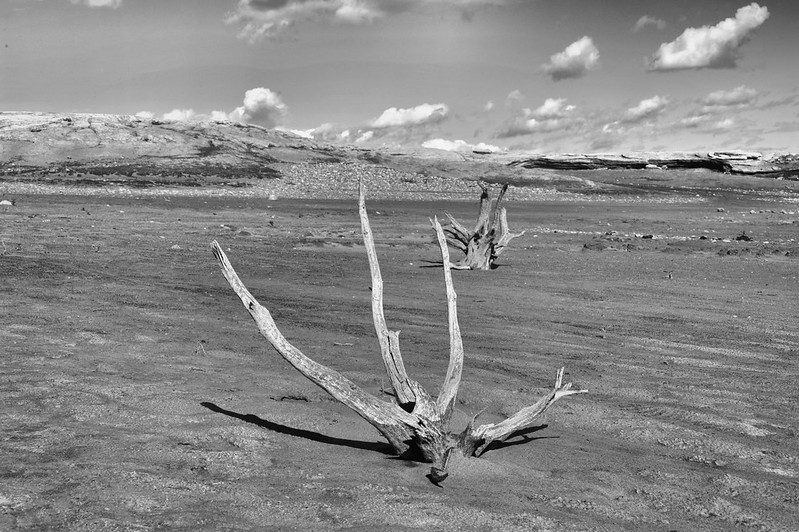 Feels good to be exploring the world with my Nikon 700 again. This was minimally processed in Paint Shop Pro X9.

I’m planning to post here every Monday, Wednesday and Friday for as long as I’m inspired to do so. You can also see my earlier stuff on my Flickr page.

If I won the Powerball Lottery and could live anywhere in the United States that I desired, I would happily settle down near Sedona, Arizona, where I could have a view of the magnificent red rocks and hear the peaceful sounds of Oak Creek.

But you can’t win if you don’t play, and the lottery isn’t legal where I live, so I’ll have to be content with an occasional vacation trip and a collection of photographs to look at from time to time.

Hubby and I got to spend a few days in Sedona early this month on a combination work/vacation trip. Even though we were both sick with sinus and upper respiratory infections while we were there (I even wound up in Urgent Care), I still managed to spend some time outdoors getting some landscape shots with my Nikon D700 and my 14-24mm glass. It’s always a bit of a pain in the ass to haul all my camera equipment, including tripod, on a business trip, but since Andy was with me this time to help share the load, it wasn’t too bad.

My first round of shooting was done just north of Sedona at Midgely Bridge on Highway 89A. There’s a trailhead at the bridge, so a lot of people park here to hike off in several different directions, but it’s also a wonderful place just to sit and soak in the view. Because we were at the bridge in the middle of the day, there was a lot of contrast between dark and light areas. I chose to shoot brackets so I could use HDR processing to draw out the details in the shadows and highlights. 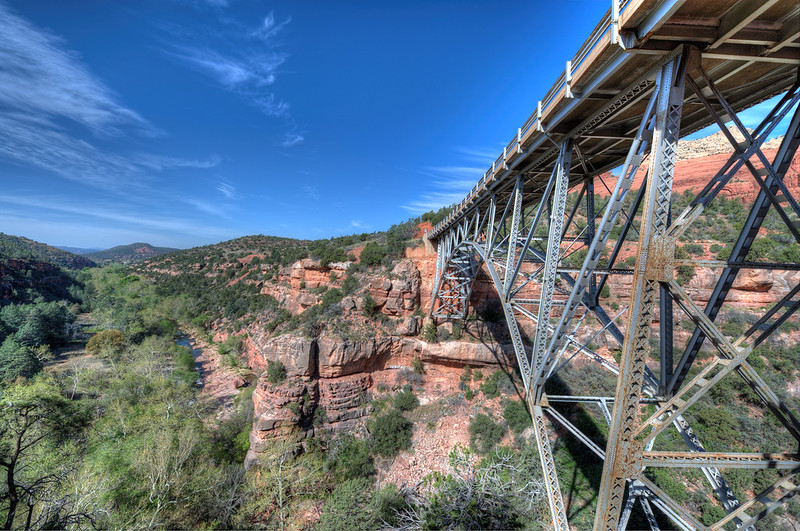 This next shot was taken from about the same spot, but with the camera turned about 45° to the left: 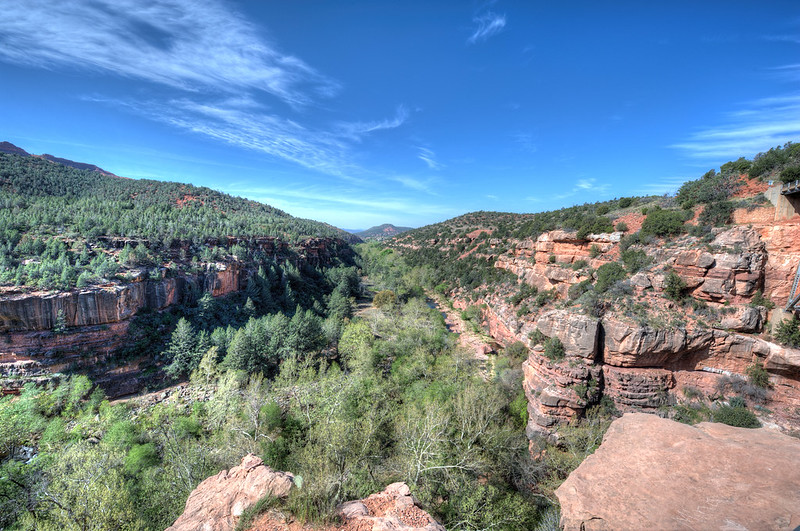 A little further up Highway 89A, we found a place to get down to the creek. Unfortunately there was a good bit of natural debris along the edges of the water, and the trees had not completely leafed out yet, but it was still a beautiful day. This image is not HDR, but a single image. 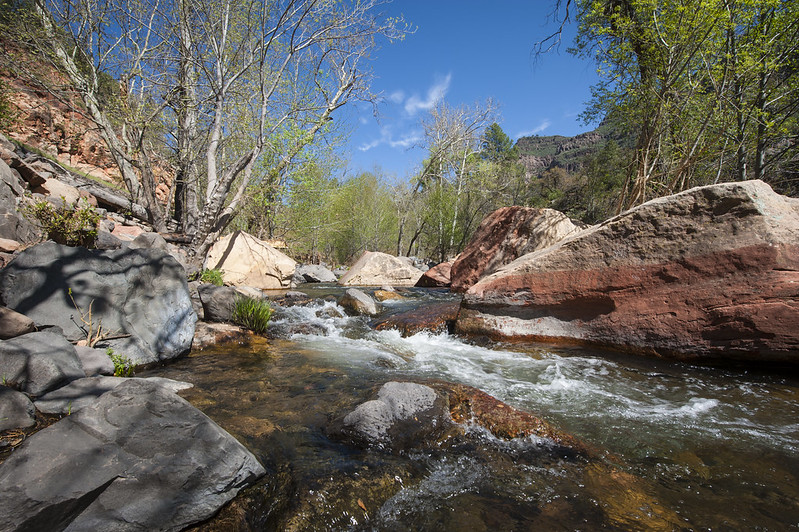 Stay tuned for my next blog post where I’ll show you some images taken at Lizard Rock, one of my favorite formations in the Sedona area.