I seem to have drifted away from my weekly challenge topics lately. Oh, well, at least I’m still working on my photography, and that’s the real point here.

I’ve been watching the webinars from Topaz Labs this month, and they’ve been concentrating on their B&W Effects product for the last couple of weeks. I love working in black and white, so this week I pulled out some old shots from when we lived in the Phoenix area, and tried using some of the techniques I’ve learned to these images.

Unfortunately, the photos themselves weren’t as sharp as I would have liked for them to be. When I took these, I was still pretty bad about checking my ISO, shutter speed and exposure before I pulled the trigger. But I still like the way these came out.

This first one was taken on Grand Avenue. The older gentlemen was being pushed along the street in his wheelchair by his son. I used the B&W Effects filter to add highlights to the older man’s face and hands, while keeping the son’s face hidden under his cap. I wanted the focus of the observer to be drawn to the bottom of the image. 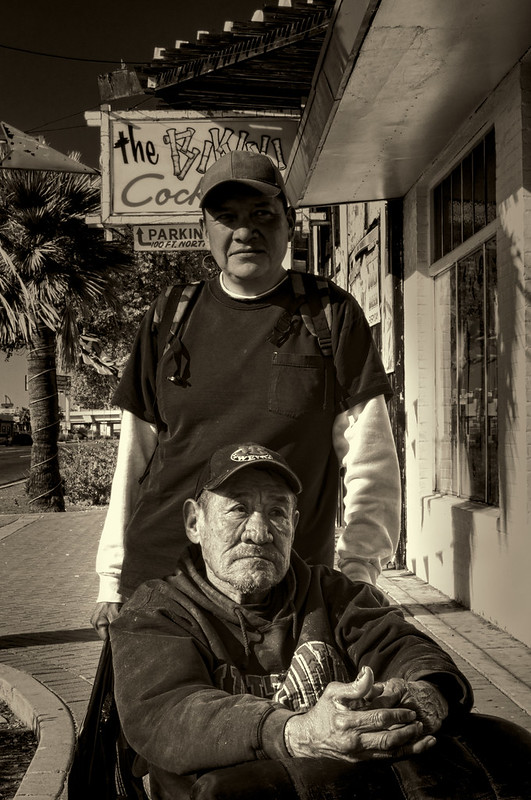 This next image was taken while we were riding the light rail. I used to love getting on the train at one end of the route with my camera, and riding it all the way to the other end and back, getting off at different stops along the way to shoot. Many times the most interesting faces were actually in the train car with us, right across the aisle. This lady was in her own little world, and I just loved the character lines in her face. 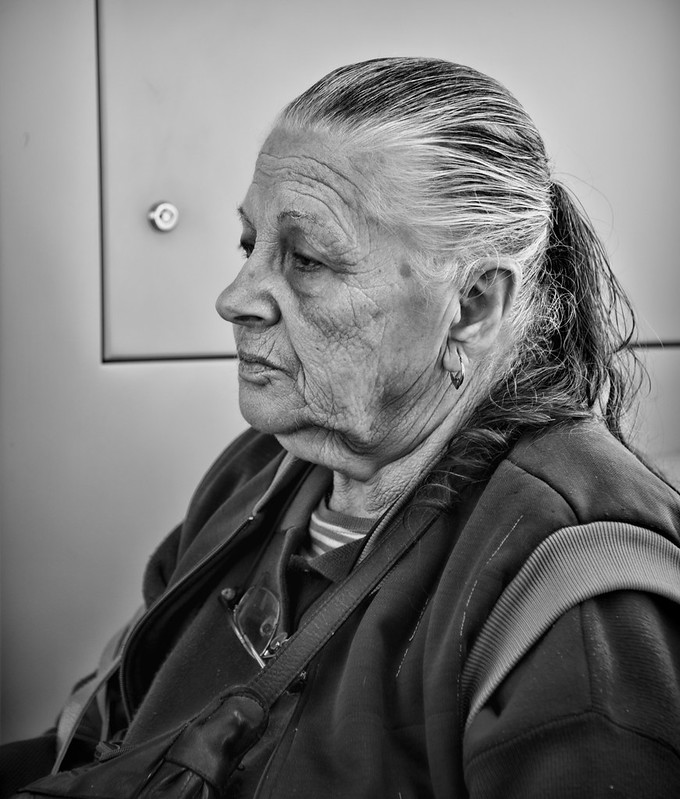 This last image was also taken on the same light rail ride, as we were about to board. This guy reminded me of a NASCAR driver, at least from the waist up. Just check out those shades, and the rings on his left hand. A close look at his feet, though, make it clear that he’s not a well-to-do race car driver. 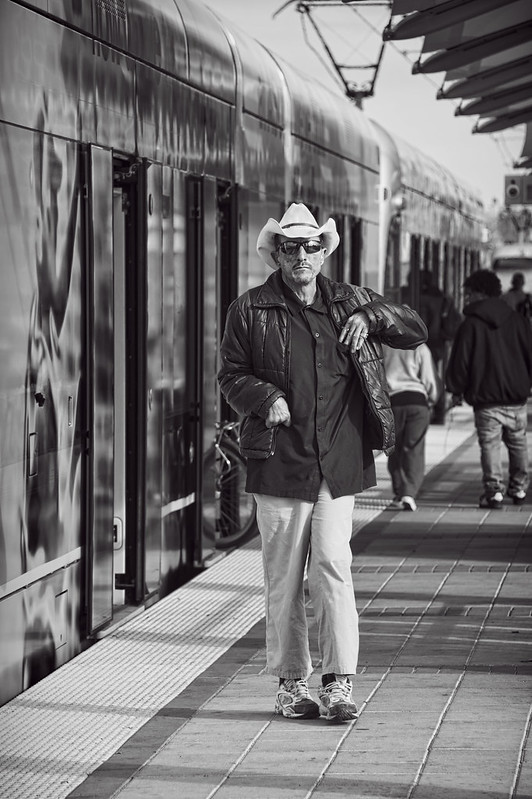 We’re going back to Arizona next week on a work/vacation trip, and I’m looking forward to doing a lot of landscape shooting around Sedona. I’ll eventually get back to my weekly challenge, but as I said, the point is to be shooting and processing as much as possible, no matter what the subject matter!