I’m a big fan of the Topaz Labs family of filters and plug-ins. I’ve been using them for several years now, and Topaz continues to improve both the functionality of the product as well as the user-friendliness of the interface.

Another thing that I like about Topaz is that they offer free, live webinars where they demonstrate how to use their products to achieve specific results. The webinars are offered about twice a week–usually there’s a one-hour version on Tuesdays, and then there’s a “Quick Tip Thursday” edition that addresses a more specific task. The webinars are recorded and made available for free on YouTube afterwards.

Today’s Quick Tip Thursday edition dealt with using the Topaz Black & White Effects plug-in to add drama to skies and clouds, without darkening up the rest of the photo. The process uses the selective color sliders in the plug-in to darken up the blues and cyans, while leaving the other colors alone. This technique works great on images where there isn’t any other blue in the shot.

After watching the demonstration, I pulled out an old photo from February 2011 that I shot at South Mountain in Phoenix, Arizona. This image was shot with the Nikon D700, using my 14-28mm Nikkor glass (love that lens!!). I had never processed this particular image, but thought it would be fun to use for this technique.

The first thing I did was open the image in Lightroom and adjusted the exposure just slightly, and added a touch of clarity.

Here’s what I had at that point: 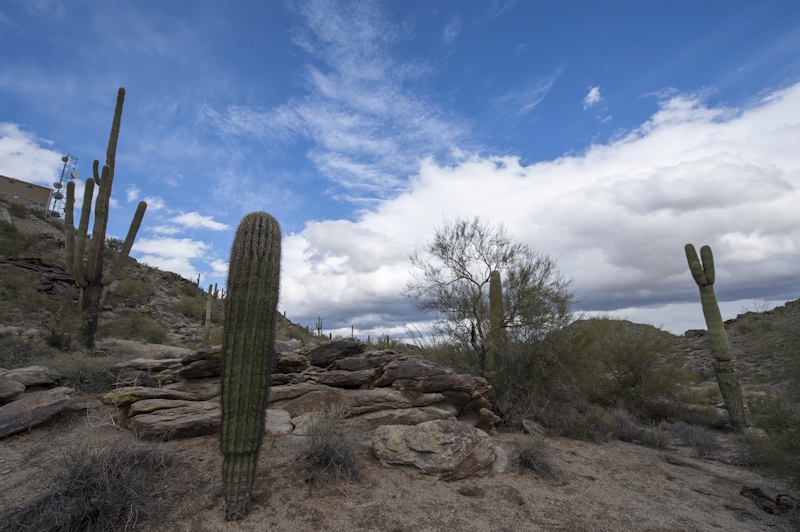 I then exported to Photoshop and opened the Topaz B&W Effects filter. Using the techniques that Nichole demonstrated during the webinar, here’s where I wound up (click to view larger in Flickr): 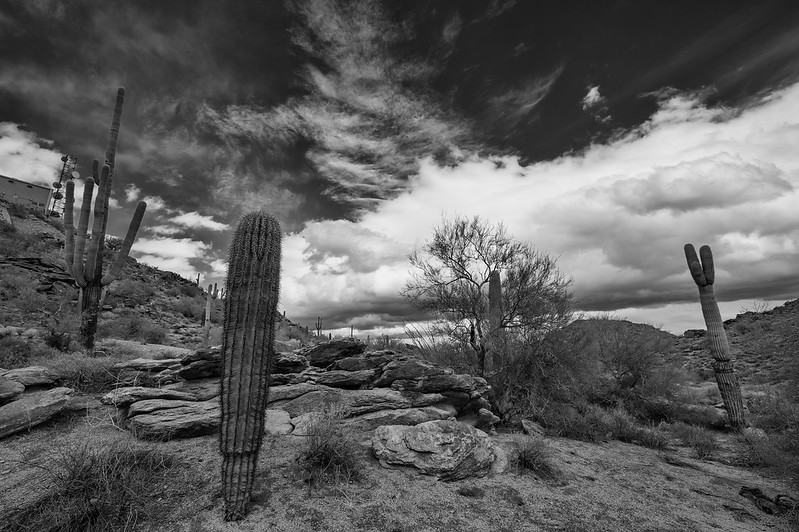 I think I probably overdid the sky just a little bit, but I was trying to push it to see how the technique worked. Overall, I like the results, though, especially since the foreground did not get darkened when the sky did. I do like the drama of the image, and how it highlights the feathering in the clouds!  This is something I look forward to practicing more in the future!