Hooray, I am officially caught up with my weekly one-word challenges! The word for the week of March 9, 2015 was “broken”. And after several days of rain, the sun finally came out today, just in time for me to meet the deadline to get some shooting done for this challenge.

I did all my shooting between 7:30 and 9:30 a.m., hoping to catch some good light. My morning started off with a slight hiccup. I drove about five minutes from my house, parked my car, got out and fired up my camera, just to find that my battery was depleted. I could have kicked myself for not checking it before I left home. Fortunately, I had a second battery completely charged and ready to go, so I drove home, swapped them out, and then headed back downtown. Not that far to drive, but it did waste a little bit of that early morning golden hour.

Today I used my Nikon D700 with the 24-84mm Nikkor lens. I’m learning to be more cognizant of my f-stops, ISO, shutter speeds and depth-of-field, rather than just concentrating on composition.

I took quite a few images, processed them in Lightroom and Photoshop, using Topaz filters. I’ve uploaded the ones I liked best to my Flickr account. Here are my favorites from this morning, with a little commentary:

These first three are a little urbex from a partially abandoned warehouse near the railroad tracks. The broken windows fit the theme perfectly. I had to do some perspective adjustments to account for the camera tilt, but all in all, I’m happy with these: 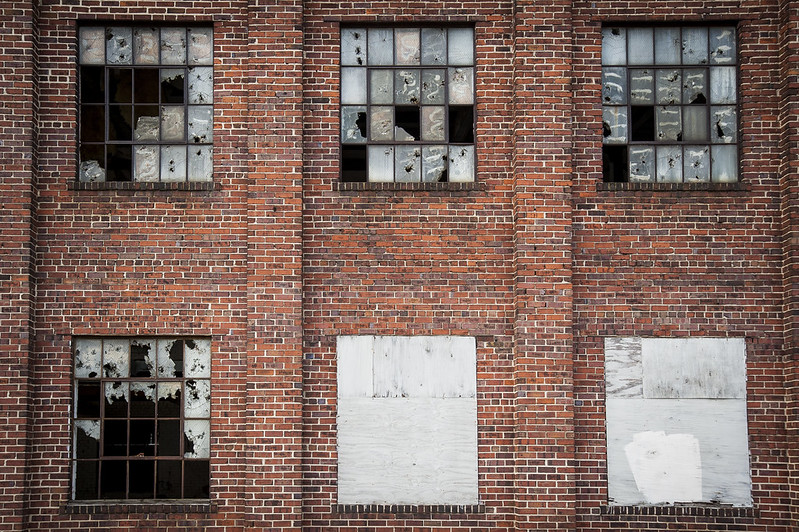 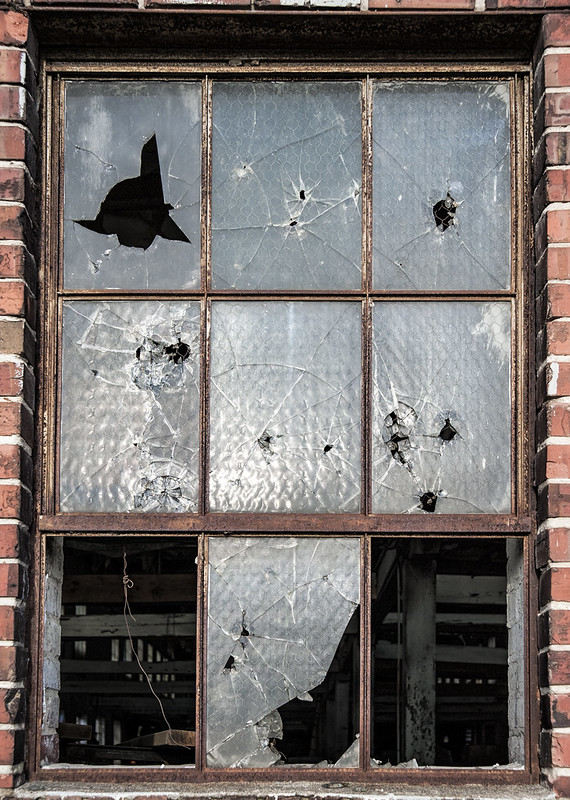 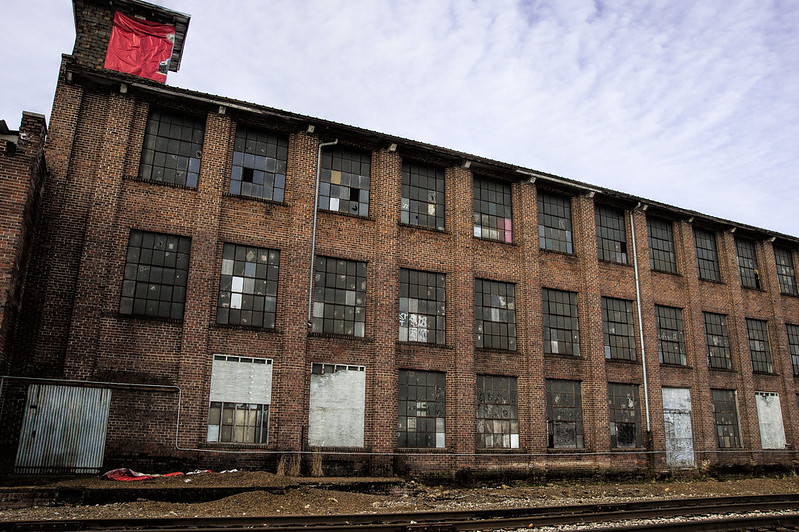 These next two are from an alley in downtown. If you’ve been following along, you’ll recognize the vase from an earlier challenge when I shot it for the word “Open”. In keeping with the rules of the challenge (photos must be shot in the appropriate week timeframe), I re-shot it and processed it differently today to represent “broken”. The photo of the toilet is self-explanatory. 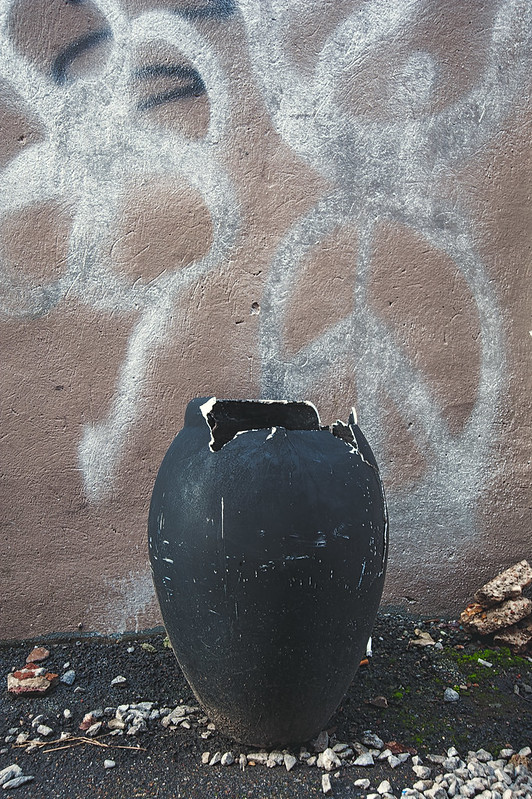 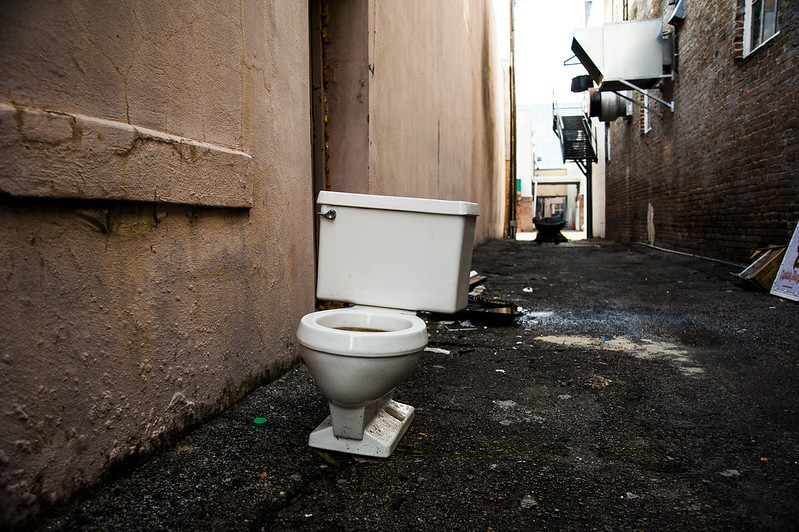 This next image is a whiskey and wine bar in downtown Tupelo. No, the bar is not broken, but the old original lettering at the top of the building seems to be missing something. 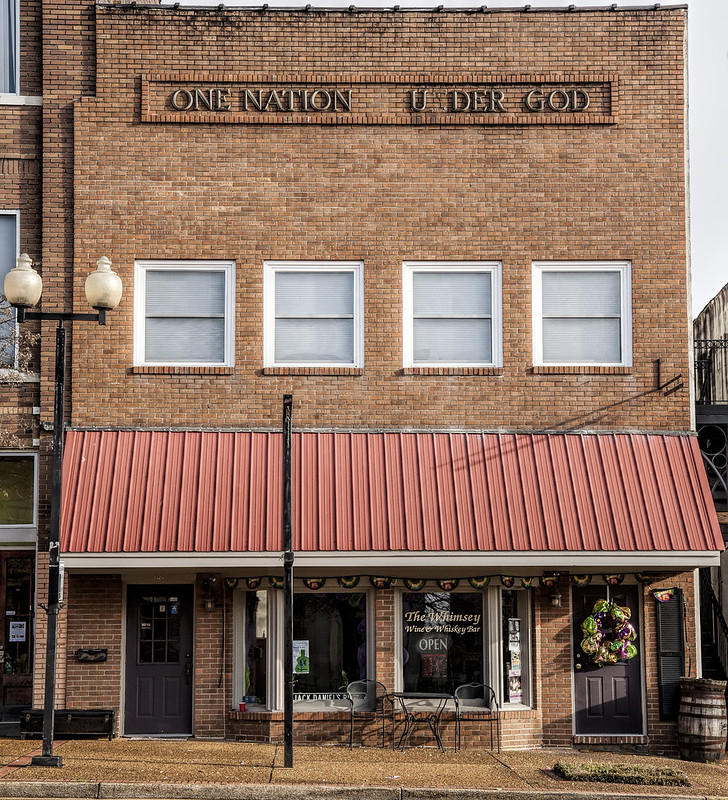 The next image is a statue on the lawn of the Lee County Courthouse, erected in 1908 by the Tupelo Woman’s Christian Temperance Union to commemorate the statewide prohibition of alcohol. Not sure when the angel lost her hand, but Prohibition was definitely broken. 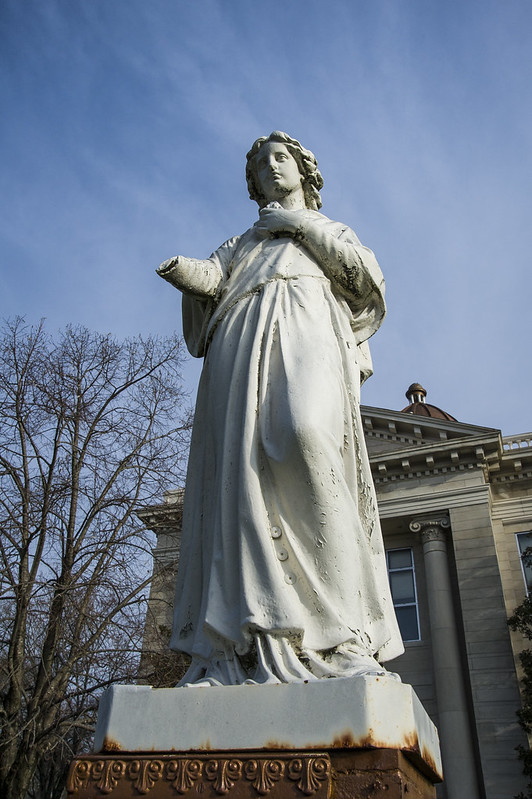 Next is a bicycle frame lying in a neighbor’s yard. Those boys are tough on their toys. 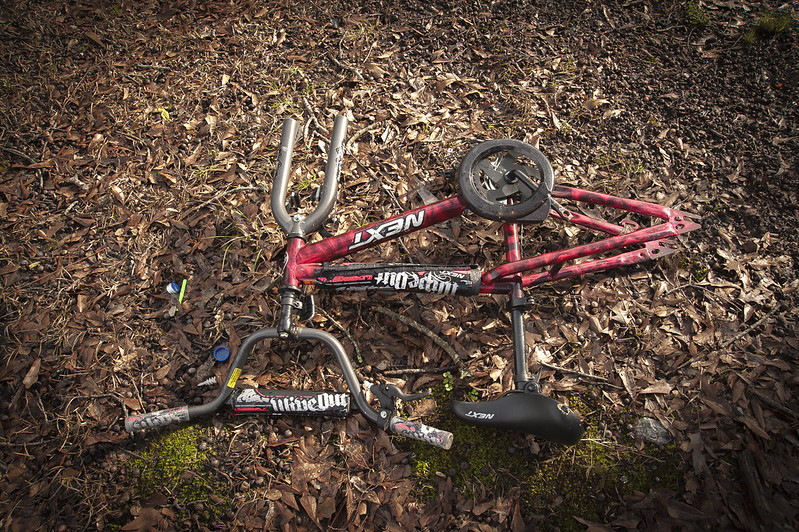 Finally, a little something different. Almost a year ago, on April 28, 2014, Tupelo was hit by an E3 tornado, which left a wide path of damage and destruction (but fortunately only slight injuries to people). While the recovery still continues, these bare trees are stark reminders of what happened that day. The trunks are starting to push out new twigs and branches, so even though they were “broken” last year, their recovery mirrors the spirit of Tupelo as businesses, churches and homeowners rebuild for the future. 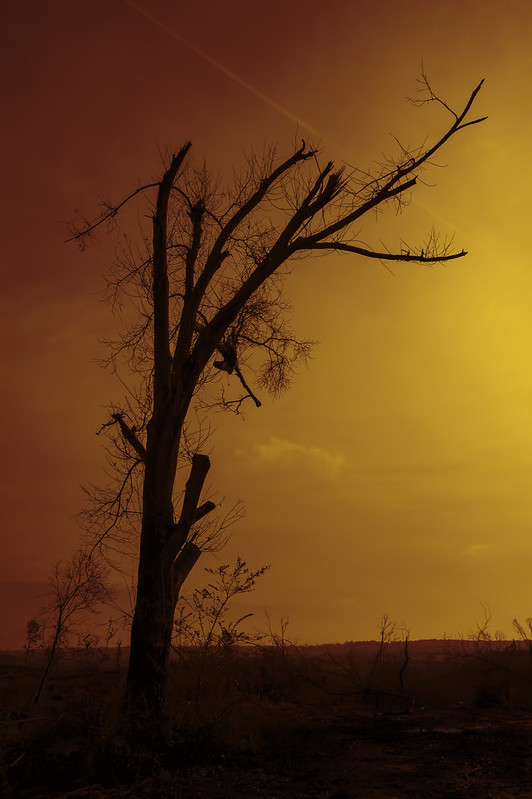 While I was out shooting this morning, I did take some other shots that were not related to the weekly challenge. I’ll be sharing those separately.

So now, I’m ready for next week’s challenge, which is the word “Ice”. So ironic that we had the ice storm week before last, and now the weather is starting to warm up. Not sure what I’ll shoot for “ice”, but I’m sure I’ll come up with something!