Sometimes when I’m shooting I’m just playing with exposures and buttons on the camera, trying to learn more about how they work, and at the time I’m not paying any real attention to composition or the scene that I’m capturing.

And sometimes, that just seems to work out fine.

Last month when we were in Biloxi, I took the camera out to the beach at sunset (doesn’t everybody?). I wanted to play around with the ISO settings to see how far I could push them with the 24-85mm f/1.8 Nikkor lens that I bought earlier this year. The sunset wasn’t as colorful as I had hoped it would be, but there were some nice pinks and purples as we slipped into the blue hour.

So, without thinking about it too much, I snapped a picture of a pier and some pilings from the beach. This one was shot at ISO 4000, at about 1/80s at f/7.1. It didn’t look like much when I first saw the raw NEF file, but with a little tweak of the Levels in Paintshop Pro X7 and just a little touch of Topaz De-Noise, I got the shot that I wanted.

It just makes me feel peaceful and content when I look at this. And that’s why I love photography…it’s a tool to provoke emotions and preserve memories. 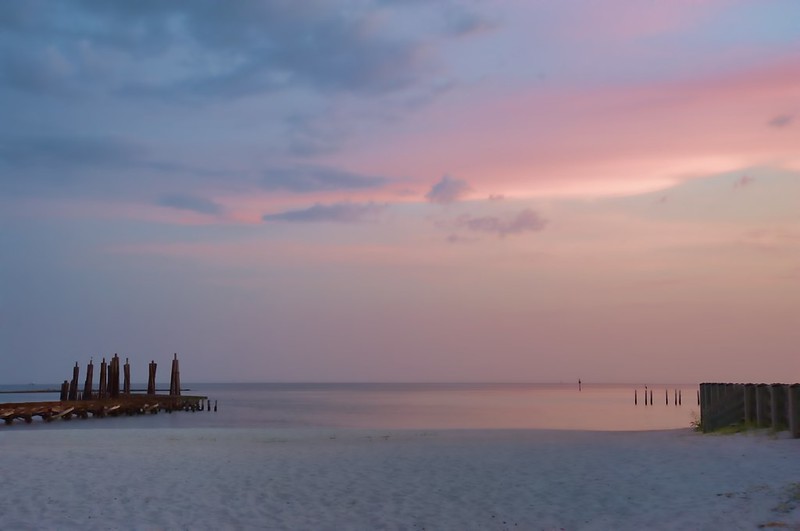